An old saying from the rich Spanish body of popular knowledge states that nature is wise. It is one of the keys to the work in the vineyards of the Queirón field team, led by Leticia Pérez Cuevas.

Ecology, sustainability means listening, understanding and respecting the land; its memory and its biodiversity, that is, the rich variety of flora and fauna. A large part of the vineyards of Bodega Queirón are certified as organically cultivated and those that are not are in the process of achieving it and are in a transition period.
Queirón understands viticulture as the knowledge of and total respect for the natural environment in which the cultivation of our vines is carried out. The person in charge of the winery’s viticulture team, Leticia Pérez Cuevas, explains the philosophy which defines her work in these Rioja vineyards:
«Our parents and grandparents decided to make wines in the Rioja Oriental, to preserve their vineyards and their lands. Maybe in those days our zone did not have the prestige it enjoys today; it’s more, in some cases it was even maligned. But they did not lose heart, far from it».

The strategy of Gabriel Pérez proved vital for understanding the current panorama of the Queirón vineyards, forming the axis around which the whole philosophy of the bodega revolves. He looked for old vines and terroirs at altitude and now, a decade on, the vines of the bodega can be found in the surroundings of Quel at heights of between 600 and 800 metres, most of them in on south-facing slopes of the foothills stretching between the riverbed of the Cidacos to the highest parts of the Sierra de Yerga.
«We take advantage of our high altitude vineyards, at an altitude of between 600m and 800m, to obtain the maximum quality of the tempranillo, garnacha, graciano and tempranillo blanca», explains Leticia.

The basis for Queirón’s work in the field of Agroecology is a faithful reflection of the goals of the Symposium on Agroecology (FAO-2018).

Height is a great ally for the good health of the Queirón vineyards and one of the bodega’s strategic decisions is for all the vineyards to be organic: «Several of them are already and the ret are in a transition period which will take place over five years».

This all means that when the vines are treated to help them protect themselves against their natural enemies, in Bodegas Queirón we systematically use products which have not been chemically synthesised in a laboratory or genetically modified. The treatments are made using elements which are present in nature in an innate way. In this way we achieve two goals, we respect the environment of our surroundings to the maximum and, in addition, protect the properties of the land by helping the ecosystem to generate natural immunity and offering greater quality to the grapes.

In the vineyards which are in transition towards becoming one hundred percent organic, we apply integrated pest control using sexual confusion techniques (placing diffusers which emit the grape moth’s female sex pheromone among the vines. The male is unable to locate a mate due to the quantity of pheromones in the atmosphere and the female, not having been fertilised, lays no eggs and so there will be no larvae to bore into the grape berries. There is no second or third generation of clusters and far less risk of botrytis as there are no damaged berries).

Another important practice in the Queirón field work is allowing spontaneous plant cover to grow, a strategy which helps to reduce erosion of the soil as a result of rainfall, as well as providing nutrients and organic material. This, in turn, encourages the washing of the nutrients in the soil itself allowing them to be absorbed better, improving its structure and also strengthening its microbial qualities. Other benefits of the plant cover are that it creates a competition of these plants with the vines and makes their growth less vigorous.

As Leticia Pérez Cuevas explains, the soil is vital in the philosophy of the work in the vineyards of the Bodega Queirón: «We understand that the soil and its biodiversity form the basis of the pyramid of the life of our vineyards, so we look after the soil by analysing its characteristics in depth, reducing tilling and allowing spontaneous plant cover to develop».

Several of the nutrients which are incorporated into the soils come from mulch from mushrooms and fungi from nearby composting plants. Thus two goals can be achieved, the reuse of that material and the care of our soils with top quality organic matter.

Another aspect is that in our vineyards allow wild fauna and cattle to live alongside each other so that during the winter months they can feed themselves on the grass and the organic waste of the vines themselves.

All these kinds of processes (especially the provision of the necessary organic matter for the vines and the plant cover) help give rise to a limit on the vigour of the growth of the vines so that it is not necessary to pinch or tip the shoots or perform other operations which involve using machinery or produce emissions of CO2. The pruned canes are ground up after pruning to prevent the risk of fires.
Another of the key aspects in the pursuit of biodiversity in Queirón is the use of new technologies to analyse, study and understand what phenomena occur in our vineyards, so we have conducted and are currently immersed in various research projects: the use of satellite images for analysing the vigour, moisture and state of health of the vines, the use of different types of plant cover in different soils or the increase of the amount of resveratrol in the grapes
Moreover, Bodegas Queirón maintains over fifty hectares of pine trees to reduce their carbon footprint to a minimum, prevent erosion and desertification of lands which would otherwise be abandoned. The bodega has also made a firm commitment to solar power, precision agriculture and zero waste.
As Leticia sums up, «we don’t want to reinvent what has already been invented; we believe in the ways of doing things of the growers of our town, their tradition of respect for nature and the ancestral ways of doing things. Our goal is for our children to find our vines at least as healthy and lovely as when our forbears left them to us». 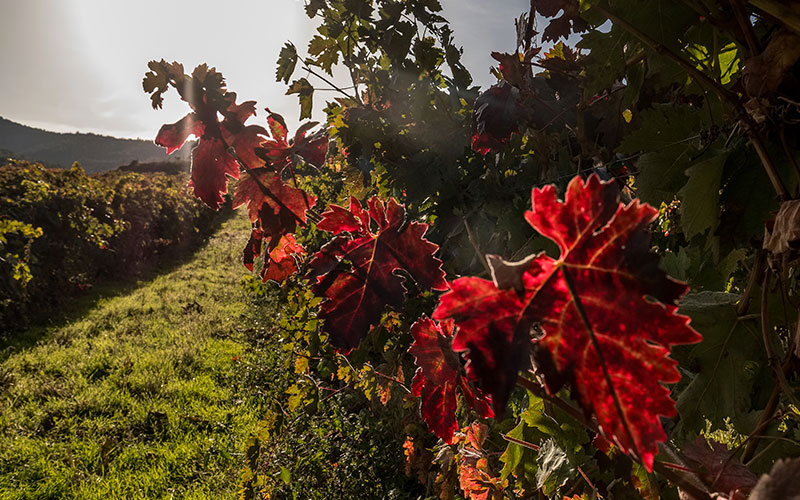 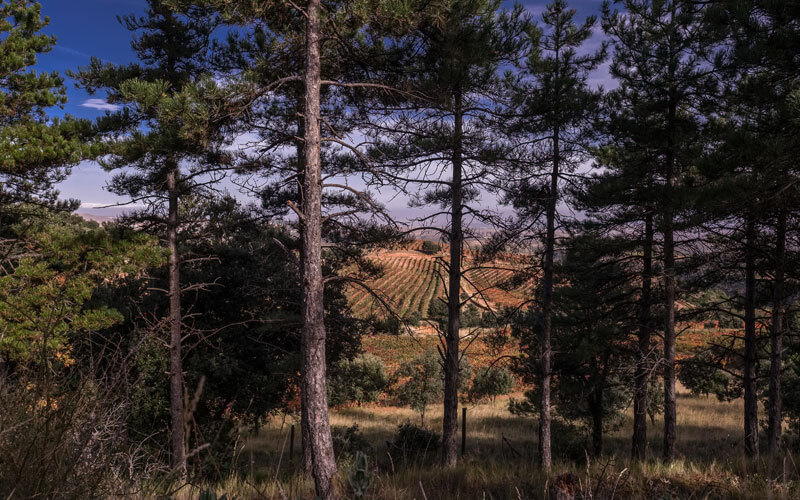