The new Queirón bodega, which the Pérez Cuevas family has spent a decade in building, is situated at the westernmost end of Quel’s historic bodegas quarter (it preserves the original classification of the quarter’s cluster of buildings with the original number nine) and has settled itself in the site of a former distillery of the family, arranged over four levels. It literally buries itself parallel to the space where for centuries they have been making the traditional caves in the hill of La Corona and maintaining the same philosophy, with their nozzles in the upper part to make use of the traditional Quel formula for the reception of the grapes. This is the basis for the steps in the winemaking process using gravity, making it possible for all the processes to be carried out extremely gently, protecting the grapes, the musts and the wines from any unnecessary handling or any mechanical pumping which could affect the quality of the wine.

That is the essence of Queirón, the painstaking care in each of the steps in the winemaking process. As in the case of the vineyards, everything that takes place in the new winery is performed with calm and the maximum respect for the grapes in order to obtain wines which fully express the territory from which they spring: Quel, Rioja Oriental, Rioja. 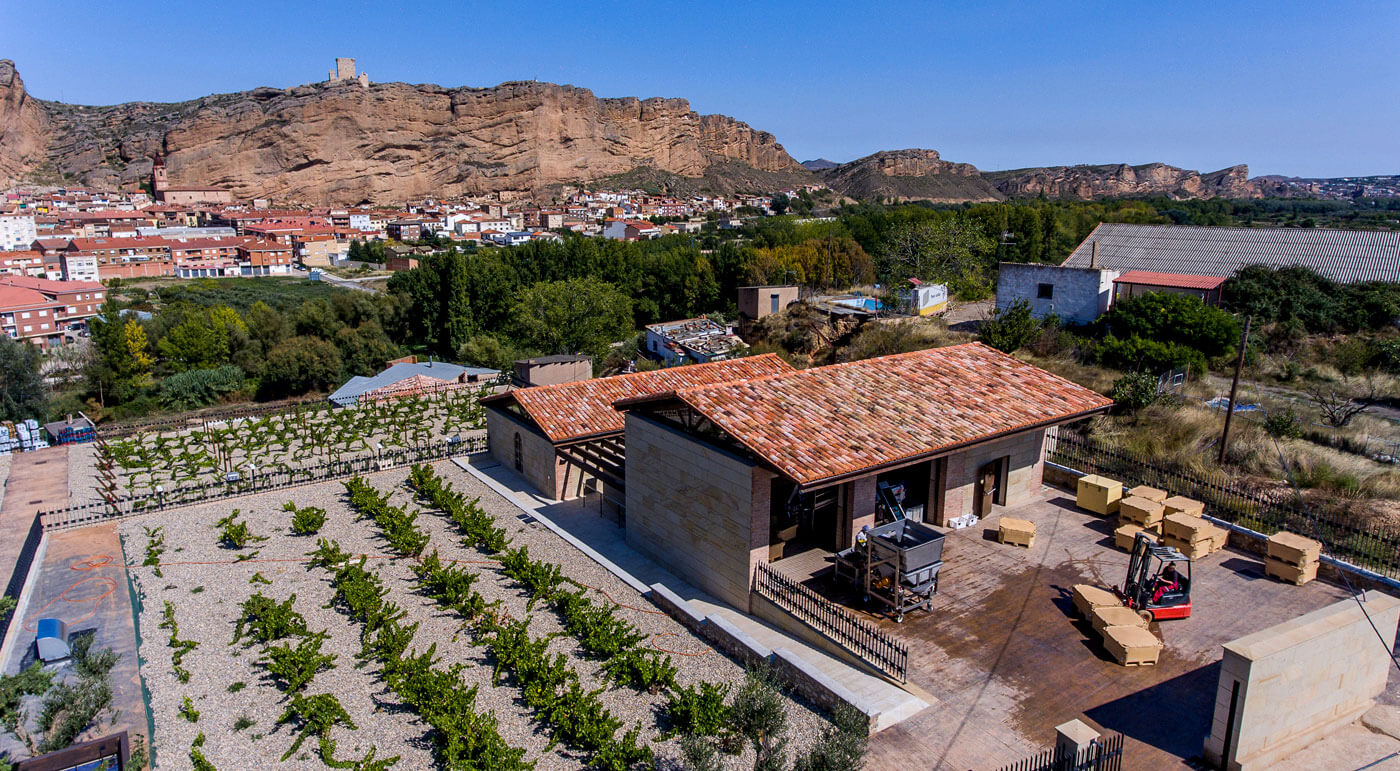 The design of the Queirón winery is entirely down to the genius, experience and sensitivity of Gabriel Pérez and is inspired by two fundamental factors. Firstly, the historical and technical character, in which he has reinterpreted the concept of winemaking via gravity of traditional Quel bodegas and adapted it to the 21st century. For this reason, the winery facilities are physically built into the hillside in the same way as the ancient bodegas were built, with all the processes stepped at different heights from the area for the reception and selection of the clusters in the upper part, descending level by level to the vinification area, cask ageing cellar and bottle cellar, which occupies the lowest floor.

Gabriel, together with his son Rubén, (the winemaker) has brought to this architectural concept all the history which is inherent in winemaking so as to achieve total coherence with the traditions in the district and of their forefathers. The building blends perfectly into its surroundings so as not to blight the traditional landscape of the Quel Bodegas Quarter and has been equipped with all the environmental measures, both in its construction and in its energy efficiency throughout the whole year.

The second inspiration is the artistic aspect and this is totally related to the figure of Miguel Ángel Sáinz, the Riojan artist from Aldeanueva de Ebro (1955-2002) with whom Gabriel Pérez established an essential link in the life of both of them and who was responsible for the complete design of the Bodega Ontañón in Logroño, which from the outset he conceived as a true temple of wine.

Gabriel himself explains it thus:

“I met Miguel Ángel when I was Mayor of Quel and I asked him to collaborate in the decoration of our town. From that professional encounter a friendship was forged which changed both of our lives. Years later we embarked on the Logroño project, in which Miguel Ángel invested all his creativity, all his beliefs and his hard work. There was one aim: wine and its culture, marked above all by the two central aspects of his willingness, his religious beliefs (linked to his deep knowledge of Mythology and Egyptian Art) and his inner peace. This was all plain to see in the Logroño wine cellar, which he turned into a real shrine. In Queirón I have gathered up his forms and transferred them to the new bodega as a tribute to his figure and what it signifies for all of us”. 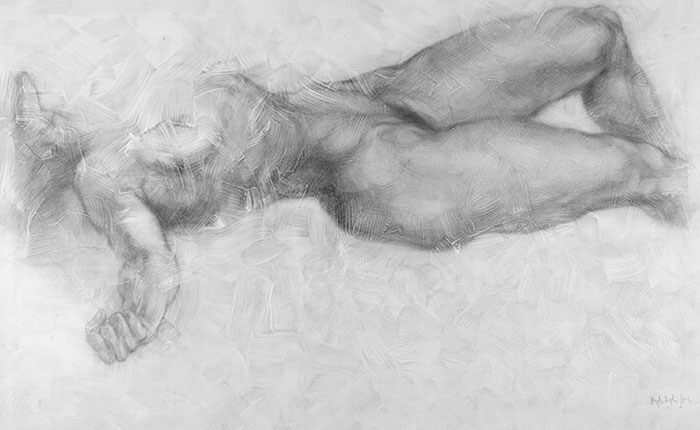 “In Queirón you
can breathe the soul of
Miguel Ángel Sáinz”